“Standing in front of a clinic in a prayerful, peaceful way,” Mary Fleming says, “sends a message for women coming to the clinic and to those who work there.” Fleming recently shared her perspective about praying at abortion clinics as Respect Life Month begins in October. Fleming is the coordinator of Respect Life Ministry for the Diocese of Belleville and the leader of the Respect Life Committee at St. Clare Church in O’Fallon. In her role with the diocese and her parish, Fleming hopes by participating in peaceful prayer at these clinics that people understand they are there to help. “This is our way of reaching out to the community to let them know there is another side to this, and we care about your unborn child,” she says.

Dear Friends in Christ,
As many of you know, I spent the beginning of September in Rome for a seminar for 150 new bishops from around the world. It was a good conference, and I especially enjoyed meeting other bishops. Some of the bishops are in very challenging areas especially the five who came from Ukraine and about fifteen who are stationed in the Middle East. I was edified by all the bishops and their commitment to the Lord and the people.

On September 8, our group celebrated Mass at St. Peter’s basilica and prayed at the crypt we believe contains the bones of St. Peter the Apostle. We then proceeded to a meeting room in the Vatican where we were received by the successor of St. Peter, Pope Francis.

The Holy Father invited the bishops to ask questions and he addressed whatever topics were raised. I enjoyed the Holy Father’s words about how each bishop should be close to others and not be a distant figure. He encouraged us to be close to: God, other bishops, our priests and our people, the People of God.

On Mondays at Mater Dei Catholic High School in Breese, the students in the various theology classes attend Mass, alternating each week by class period. At these Masses and the nine all-school Masses held throughout the year, the students might receive communion from their fellow students – students who have been trained as extraordinary ministers of Holy Communion. Mater Dei students have been trained as extraordinary ministers for 30 years, since the fall of 1992.

“It was an honor to go on this mission trip to Guatemala,” was the sentiment echoed by four of the people who traveled to Guatemala and visited sister parishes earlier this year. Missions International organized the recent trip. Of the 16 attendees, eight were from the Diocese of Belleville and eight from the Diocese of Springfield. 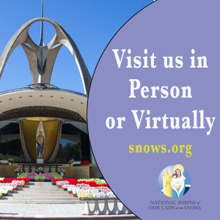